As expected, the assassins that were sent to assassinate Fu Yunzhen did not report the name of Second Princess Jiang Shuhe.

If they didn’t confess, at most they would just die; if they did confess, based on Second Princess’ cruel heart, they might even drag down their family’s young and old to be buried with them.

Because the investigation failed to identify the main culprit behind the attempt, the emperor once again felt beholden to Fu Yunzhen, and a large wave of rewards once again flowed into the General’s mansion.

However, the more the emperor showed his appreciation towards Fu Yunzhen, the more agitated Second Princess Jiang Shuhe felt.

The emperor was so good-willed towards Fu Yunzhen, there was definitely no way he would agree to her canceling the marriage.

If she threatened to kill herself, then the marriage might be cancelled. But if that were the case, then her Imperial Father would definitely dismiss her from his good graces. If that happened, then the family of Duke Zhu would probably not be willing to marry a princess that was not favored by the emperor.

Princess Shuhe was unwilling to marry someone she didn’t like, but she was also unwilling to give up her prestigious position. She pondered over it, and decided to go find Fu Yunzhen.

Gu Shengyin was surprised when the arrival of the princess was announced.

It stood to etiquette that, as two who were only engaged, it was improper for them to meet. However, the princess didn’t seem to care, and he was a subject, so naturally he had to go receive her personally.

Princess Shuhe didn’t allow him to rise from his bow, inspecting him from head to toe instead.

Her heart had been solely focused on her maternal cousin Fang Mingyu, and she had never properly seen her so-called fiancé.

Now that she was able to take a closer look, she was surprised.

Gu Shengyin did not need to go to battle, so naturally she wasn’t wearing armor.

Today she wore a snow-white robe with silver embroidery, with a light blue over robe1. Her hair was pulled up with a jade crown, her lips were red and her teeth were white, her face like a perfect jade.

Objectively speaking, in terms of appearance alone, Gu Shengyin’s appearance was in no way inferior to the vaunted and famous young master of Duke Zhu’s family.

“General Fu, please rise.” Princess Shuhe’s face was flushed, and even her tone of voice became much warmer.

Gu Shengyin rose out of her bow, and stood to the side, waiting for Princess Shuhe to speak.

“This princess came today in order to tell you: this princess already has someone in her heart. If you know your place, then you can go ahead and make things clear to my Imperial Father, and ask him to cancel our engagement.” Princess Shuhe said self-righteously.

Gu Shengyin sneered coldly in her heart: And she had been wondering what this princess would say; so it was this?

Fu Yunzhen’s death at the hands of this type of woman, was really a tragedy.

She pasted a disbelieving look on her face. It took a long time before she said to Princess Shuhe: “Your Highness, the marriage between you and me was personally bestowed by the Emperor himself. To defy it would be a great sin, this subject would never dare to commit such disrespect.”

She looked at Princess Shuhe, who was about to burst out in temper after hearing her words, and continued without waiting for her to speak: “Of course, Your Highness is of an esteemed status of jade branches and golden leaves, with the Emperor’s favor… if you are truly unwilling to marry this subject, the Emperor will most likely not force the matter.”

Wanting to rid yourself of the marriage matter but not wanting to be the villain? Where would there be such a good thing in this world? Did she really think everyone else but her were fools?

She hadn’t even gone to settle accounts for the assassination attempt, and yet Princess Shuhe still had the face to come!

Princess Shuhe didn’t expect that Fu Yunzhen, a military commander, would have so many schemes and twists in his mind, and didn’t even respond to her provocation, but pushed the matter back to her with only a few words.

She had deliberately said such words, in order to irritate Fu Yunzhen. If he could not bear the humiliation, and rashly caused a conflict, then she would have a way to push the issue onto his head.

Sorry for the delay in updates; I got pretty sick and I’m still recovering but I’ll (hopefully) be better soon

in case you don’t really understand the situation, the princess told the general that she was basically cheating on him w another man despite being engaged to him; and hoping that GSY would lash out in anger

siiiiighhh this girl is kinda a mix of dumb and annoying; what kind of person would be appointed as military commander, let alone the top general of a whole country if they weren’t smart wat

smth like this but the inner robe is white ↩ 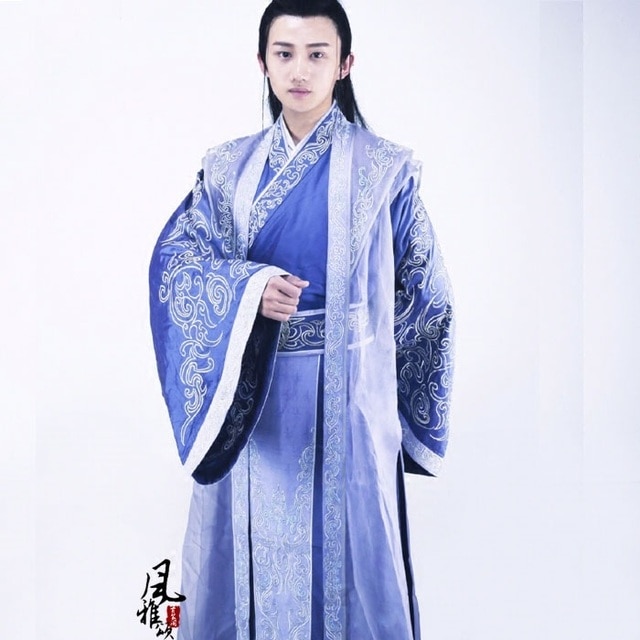